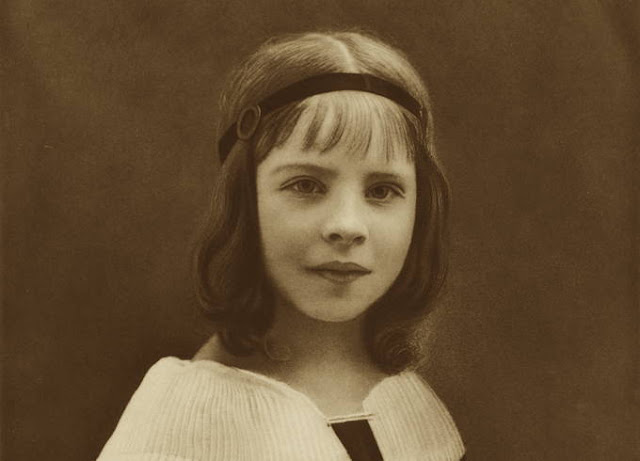 The Venerable
Anne de Guigne
Transformed by God's Grace
If you ever questioned whether you could reach a measure of sanctity in your personal life, just keep reading - Anne de Guigne died at the young age of 10-years-old and, yet, she's up for Sainthood... and she didn't start off being a Saint - she was a veritable tyrant of a child, based on what several biographies commonly say.  So who was this Anne and what made her "venerable"?
Anne de Guigne was born on April 25, 1911; the oldest of four children granted to a French count and soldier named Jacques de Guigne and his wife, Antoinette. Up to age four she was described as strong-willed and self-centered, which only grew worse as her siblings arrived one by one. She was simply terrible, at times, and one particular incident gives us a good example of just how bad she could be, prior to her "conversion" - during a temper tantrum triggered by a fit of jealousy over her one and only brother, Anne threw dirt in the toddler's eyes, which must have been extremely painful for the boy!  That's how rotten she was.
But, thankfully, Anne changed... and it happened after the tragic death of her beloved father who was killed in July 2015 during a war between France and Germany. Madame de Guigne was naturally devastated when she got word of her husband's passing and, when Anne attempted to comfort her mother, Antoinette reportedly told the little girl, "If you want to comfort me, you must be good.”  From that moment on, Anne resolved to be a model daughter to her grieving mom. 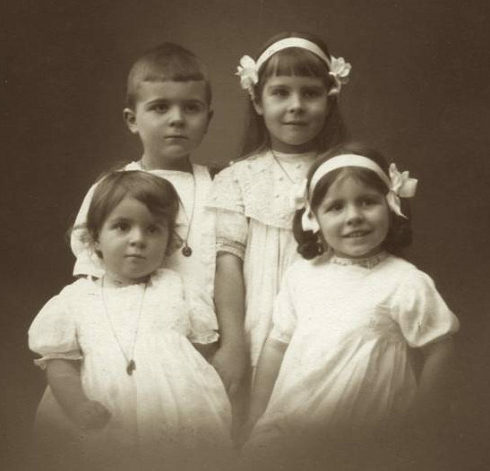 Anne (upper-right), with her brother and sisters.
Anne's transformation was like night and day; almost over night the wolf became a docile lamb... and everyone who knew her noticed it. Not only did her temperament reform but so did her soul. The youngster suddenly exhibited a marked interest in spirituality and began in earnest to please both her mother and Jesus, too!
When the 5-year-old Anne expressed to her mother a desire to make her First Holy Communion, Madame de Guigne immediately enrolled her in catechism classes at a nearby convent. There, the highly precocious child eagerly absorbed what was taught her by the nuns. She advanced with uncommon speed in love of God, love of neighbor, and in personal virtue... and, it appears the Holy Spirit was working in a special way in the girl, as evidenced by some of her recorded sayings:
Anne celebrated her First Communion on March 26, 2017 - a month shy of her 6th birthday - and notes she jotted down after the event further speak of the profound depth of her spiritual growth in spite of her young age.  For example:
One can also sense in some of Anne's words that she possessed a solid comprehension of self-sacrifice.  She actually developed childhood rheumatism, which caused chronic inflammatory pain in her joints, but she accepted the discomfort without complaint.  Rather, when one of her nun-teachers once asked her what brought her joy, Anne said, "My greatest happiness is to suffer much for our gracious God." 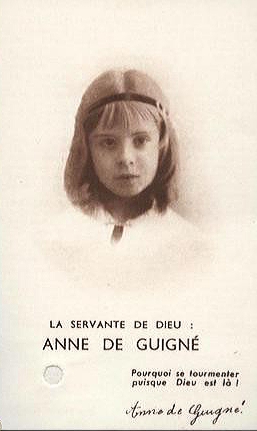 A devotional prayer card with a relic
taken from Anne's clothing.
Furthermore, Anne's love for God motivated in her a desire to not just become saintly for the sake of her own soul, but she also offered many prayers and sacrifices for the conversion of sinners, too... and displayed affection and generosity towards the sick and the needy in an effort to draw them to God.
Now don't think that all of Anne's spiritual progress came easily to her because it didn't - in the beginning she had to fight hard against her selfish inclinations. There were many times she had to bite down on her tongue or clench her fist in silence in order to hold back one of her infamous tantrums... but consistent practice makes perfect and, through sheer will-power mixed with faith, she ultimately succeeded in overcoming the worse of her personality traits.
Towards the end of December 1921, Anne suffered from excruciating headaches, which was diagnosed as being due to Meningitis.  She was taken to bed and lapsed in and out of consciousness.  She was never heard to complain when she was  lucid but rather she stated peacefully: "I wish to offer my sufferings as Jesus did on the Cross."
Anne died on the morning of January 14, 1922. Shortly before her passing, she fixed her gaze at a spot in the room and asked the nun attending her, "Sister, may I go with the angels?" After the nun replied in the affirmative, Anne responded joyfully, "Thank you, Sister.  Oh, thank you." 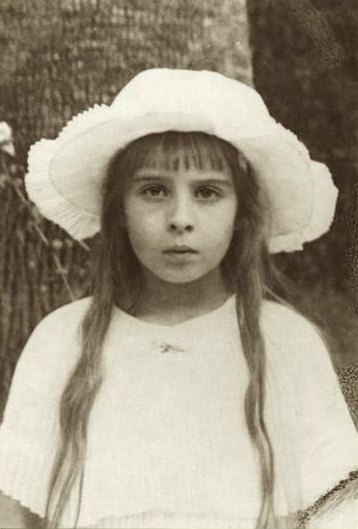 Little Anne de Guigne, pray for us!
Presently, Anne is a Venerable in the Church and awaits a verified miracle worked through her intercession to be declared a Blessed; a second miracle could make her a Saint.  Her body was also discovered miraculously incorrupt during an exhumation conducted in October 1922.  Let us pray for Anne de Guigne's speedy Canonization.  The world - especially our youth - needs her faith-example.
Anne's Hymn to Mary
Lend Him to me, O Mary, my dear Mother...
lend me your Son, if only for a second.  Place Him in
my humble arms.  Allow me, Mary, to kiss the feet of
your dear Son who has given me so many graces.
How I desire, O Mary, to receive your Son in my
arms, give Him to me, give Him to me!  How happy
I am now for I have Him with me!
Peter @ Guadalupe House Ministry, Honolulu