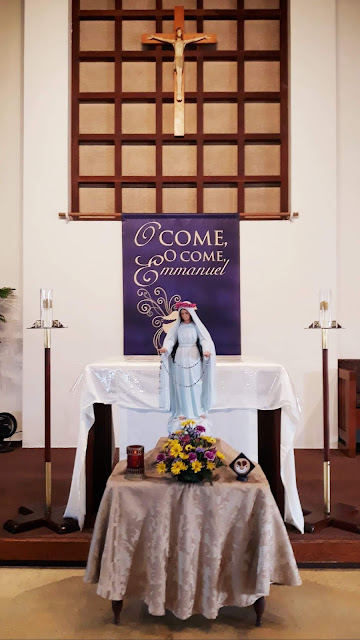 Praises be to Jesus and our most Holy Mother, Mary!

I am pleased to announce that with the reinstatement of Holy Masses in Hawaii, beginning on May 30th, the First Saturday Rosary at St. Anthony of Padua Church in Kailua will also be resuming in June!

All participants must observe the government-recommended precautions against the ongoing Covid-19 outbreak:


Those experiencing any symptoms of the viral infection should refrain from attending at the present time for the sake of everyone elses' safety.  The prayer program will be, as follows:


All are welcome to join our parishioners in this urgent and special devotion - together, with all Heaven, let us crush the Covid-19 pandemic with prayer!

Email ThisBlogThis!Share to TwitterShare to FacebookShare to Pinterest
Labels: Mary

Monthly Message from the Queen of Peace of Medjugorje: May 25th, 2020

"Dear children! Pray with me for a new life for all of you. In your hearts, little children, you know what needs to be changed. Return to God and His Commandments, so that the Holy Spirit may change your lives and the face of this earth, which is in need of renewal in the spirit. Little children, be prayer for all those who do not pray; be joy for all those who do not see the way out; be carriers of light in the darkness of this peaceless time. Pray and seek the help and protection of the saints so that you also could yearn for Heaven and Heavenly realities. I am with you and am protecting and blessing all of you with my motherly blessing. Thank you for having responded to my call."

Saint of the Month - May 2020: Sr. Marie Marguerite of the Angels 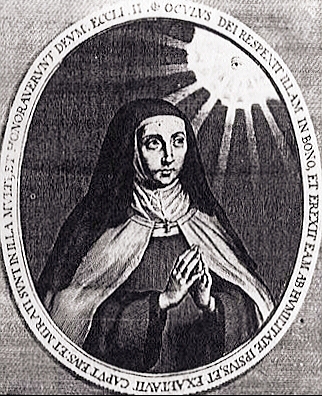 The Servant of God
Sr. Marie Marguerite of the Angels


Today, I chose another obscure mystic - Sr. Marie Marguerite of the Angels - for my recurring Saint of the Month blog.  She's actually not an official Saint, but I personally believe she is one.  I wanted to share her life because of our current and ongoing "no Masses/Eucharist" situation caused by the Covid-19 outbreak; this holy woman was intensely devoted to the Eucharist, which I hope inspires readers.

Marie Marguerite was born on May 26, 1605 in Antwerp, Belgium but she died in the Netherlands.  Her family was apparently a distinguished one since her father, Philip van Valckenisse, was secretary of the city of Antwerp.  From the scant information I managed to gather about her early life, she was one of those rare, chosen souls who was divinely inspired to exercise acts of self-mortification from a young age, all in preparation of fulfilling an aspiration to become a worthy spouse of Jesus Christ.

In 1624, at aged 19, Marie Marguerite saw the realization of her dream - she was allowed entry into the Discalced Carmelite Monastery of Antwerp where she became Sr. Marie Marguerite of the Angels.  In Carmel, her innate piety distinguished her and so did her extreme penitential practices - she was said to spend long sleepless hours in the evening, keeping vigil in the chapel before our Eucharistic Lord; fast or eat the discarded food of the other nuns; make use of the discipline; go without the comfort of a warm blanket during the few hours that she did sleep, despite the punishing cold; endured occasional spiritual and physical assaults from the devil.  It's not surprising the nun experienced extraordinary charisms - ecstasies, visions, reading of hearts, the gift of foresight - that seemed to further confirm her personal sanctity. 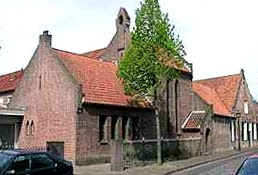 The Carmel of Oirschot, as seen today.

Because of the high regard in which she came to be held, Marie Marguerite was chosen to lead the establishment of a new monastery in Oirschot, Netherlands.  The town was staunchly Protestant with very few Catholics, but through the tenacious efforts of a respected local doctor - a devout Catholic, himself - plans were finalized and Marie Marguerite, along with two companions, founded the Oirschot Carmel in 1644.

It didn't take long before the monastery became the hub of Catholic spirituality in Oirschot and its neighboring areas to the irritation of the Protestants.  Marie Marguerite was designated the prioress and, under her leadership, the monastery thrived and prospered while the Catholic community also experienced a revival and growth.  The Faithful esteemed her as a living saint whose presence among them affirmed the truth of their Catholic beliefs; she anchored them to the Church and drew others into it.

In 1654, the "holy nun of Orschoit", as she was referred to, caused further controversy when she began exhibiting visible Stigmata on her hands and feet... and to this can be added reports of bilocation and healings effected by her prayers; the non-Catholics were livid, given the mystic's popularity and her solid influence on the people. 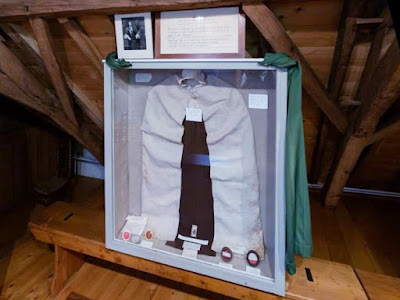 Marie Marguerite of the Angels died on February 5, 1658, after living a life marked with deep faith, sacrifice, and loving service to her adoptive community.  I recall reading that after three days, an autopsy was performed on her corpse by a Dr. Arnold Fey, a prominent surgeon of the time. He discovered strange nail-like formations embedded inside her abdominal cavity, that denoted her intimate connection to the Passion of Christ.  The doctor was so impressed by his finding, he since used the scalpel from the autopsy with devotion, believing that its unique contact with Marie Marguerite's body had imbued it with a special healing power.  And the wonders surrounding the remains did not stop there...

The Carmelites did not bury the body of their beloved prioress but this was simply because the remains never decomposed.  Instead, the nuns kept the body in a wooden coffin placed in their chapel where, after two months, it started to mysteriously exude a fragrant oily "manna".  This new miracle was interpreted by the sisters as the fulfillment of Marie Marguerite's repetitive prayer to God that her body be allowed to "dissolve into oil" so as to fuel the lamp burning in the presence of the Blessed Sacrament (even in death she wanted to continue honoring the Eucharist).  The sisters collected the abundant fluid using linens, as well as in glass vials, which were then distributed to believers, occasioning many cures.

After 5 years of steady pilgrimages to the Oirschot Carmel, its Protestant leaders took it upon themselves to end what they biasly perceived as superstition and "magic" occurring in their town.  On July 10, 1663, government officials escorted by over 160 troops arrived at the monastery to confiscate the incorrupt body of Sr. Marie Marguerite; it was hurriedly buried in a Protestant cemetery.  The monastery was subsequently outlawed, forcing its nuns to seek refuge in Mol... but, still, the story of Marie Marguerite of the Angels and the Carmelites of Oirschot was not over... 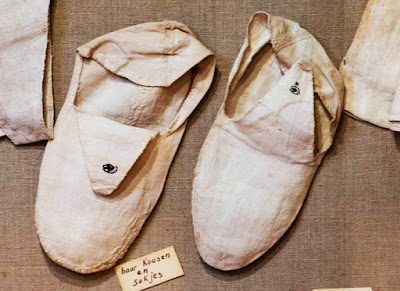 Although the exterior devotion that surrounded the dead prioress was seemingly extinguished by her opponents, the memory of the holy nun was kept alive in the oral tradition of the Oirschot Catholics.  In 1931, a new community of Discalced Carmelites resettled in the former monastery building.  The community identified themselves as spiritual daughters of the monastery's original foundress and efforts were made to retrieve her relics taken in 1663.  Unfortunately, only parts of the body were returned - pieces of bones and other bodily remains - as it had mostly disintegrated due to the poor treatment it received.  Other bodily relics were dispersed to another Carmelite monastery during an earlier exhumation in 1795.

Since 1991, a small museum exists in the Oirschot Carmel to house the remaining bones, along with other personal belongings of Sr. Marie Marguerite.  Her Cause for Canonization was opened in early 2014 by Bishop Hurkmans but, inexplicably, his successor halted the process in 2018, citing both a lack of evidence and the lack of popular support for the nun's Cause.  This development is not, however, irreversible should circumstances change... so there is a hope the Cause of this worthy Servant of God could reopen sometime in the future.  Till then, please join this ministry in praying for her eventual Canonization.

Sr. Marie Marguerite of the Angels,
pray for us.