Monthly Message from the Queen of Peace of Medjugorje: June 25th, 2021 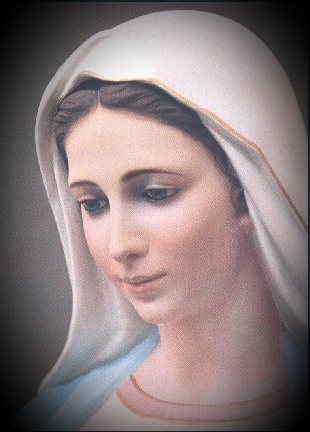 June 2021 marks the 40th Year Anniversary
of Our Lady's appearances in Medjugorje!
Monthly Message given through Marija:
"Dear children! My heart is joyful because through these years I see your love and openness to my call. Today I am calling all of you: pray with me for peace and freedom, because satan is strong and by his deception, wants to lead away all the more hearts from my motherly heart. That is why decide for God so that it may be good for you on the land which God gave you.  Thank you for having responded to my call."
A Special Message given through Ivanka during her annual apparition on June 25th:
"Little children, I am in need of your prayers.  Pray, pray, pray."
Peter @ Guadalupe House Ministry, Honolulu No comments: 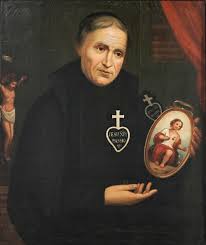 Bl. Lorenzo Maria Salvi
Apostle of the Child Jesus
Memorial: June 12th
Lorenzo Gaetano Maria Salvi started life in Rome on October 30th, 1782.  Sadly, a month after his birth, his mother passed away and, fortunately for him, the woman his father remarried loved him as her own, without distinction from his five half-siblings who followed.  Lorenzo grew up to become a member and a brilliant light of the Passionist Congregation, as well as, for the rest of the Church.  He was a highly intelligent young man and, prior to him entering religion, his family had him well-educated in the best schools in the area (St. Gaspar del Bufalo was a friend and classmate).
Biographers report that an incident when Lorenzo was just 11-years-old helped to steer the course of his life.  During a time of civil unrest in January 1793, he was present in the Piazza del Popolo when the Passionist preacher - St. Vincent Maria Strambi - spoke bravely to an enraged Roman mob.   The Saint's words had the effect of calming the rioters, which greatly impressed the young Lorenzo.
After finishing studies at the local Jesuit College he announced to his family his intention of joining the Passionists.   His father initially resisted because of the violent anti-religious climate that had spread southward from the French Revolution, but Lorenzo was unyielding and eventually received the permission he wanted.   He was professed into the Passionist Congregation on November 20, 1802 as Lorenzo Maria di San Francesco Saverio... and consecrated a priest in December 1805.
In 1809 Napoleon invaded Rome and the Papal States, and forcibly exiled Pope Pius VII to Savona.  The French tyrant then signed a decree in August of the same year suppressing all religious orders and institutes. As a result, Fr. Lorenzo and the other Passionists were forced to leave their monastery and disburse under penalty of exile, imprisonment, or even death.
During this time of persecution, many brave clergy continued to secretly minister to keep the Faith alive in the people.  Fr. Lorenzo was among them and he took refuge in the mountainous town of Pievetorina, where he served in relative safety.
1812 marked another highlight for the Blessed - a bout with serious illness nearly brought him through death's door had not the Christ Child miraculously appeared to him - Lorenzo was instantly healed during this mystical encounter!   From that moment on he vowed to spread devotion to the Holy Child, via the spoken word and through the distribution of statues he carved and holy cards he paid to have mass-printed. 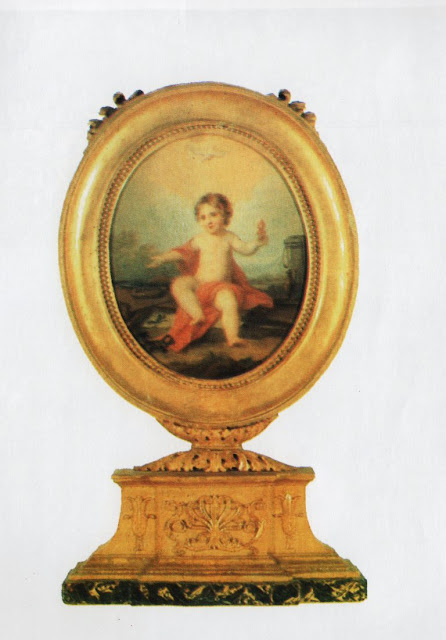 An image of the Christ Child venerated in the Passionist House of
Vetralla where Bl. Lorenzo served as Superior.
In particular, an image of the Divine Infant that the priest frequently carried with him to bless the sick - affectionately called his "Little Emperor" - became renowned for effecting cures... and often, when he preached about the Incarnation and infancy of Christ, Fr. Lorenzo manifested the gift of tears, which sometimes interrupted his sermons due to his copious tears of love and gratitude; no wonder why he was nicknamed the "Apostle of the Child Jesus" during his lifetime.
The fall of Napoleon in 1814 saw the joyous return of the Pope to Rome, along with other exiled religious.  Fr. Lorenzo also made his way back to the city in 1815 where he was instrumental in reestablishing the Passionists... and because of his skill and fame as a preacher, he was frequently called to other parts of Italy to mission.  His competence and exemplary conduct also merited the position of superior at several Passionist monasteries, including the congregation's generalate in Rome.
Fr. Lorenzo died on June 12, 1856 in the town of Capranica after suffering a stroke while on sick calls; he was immediately acclaimed a Saint by the people.  Pope John Paul II echoed the peoples' general sentiments when he Beatified this worthy priest in October 1989; just one more recognized miracle is required to have Bl. Lorenzo declared a Saint.
Today, Bl. Lorenzo Maria Salvi's relics are enshrined in the Passionist Monastery and Church of the Holy Angels in Vetralla, Italy.  Together, let us pray for his speedy Canonization.
Blessed Lorenzo Maria Salvi,
pray for us!
Peter @ Guadalupe House Ministry, Honolulu 2 comments: