"If my people who are called by my name humble themselves and pray,
and seek my face, and turn from their wicked ways, then I will hear from
Heaven
and will forgive their sin and heal their land." 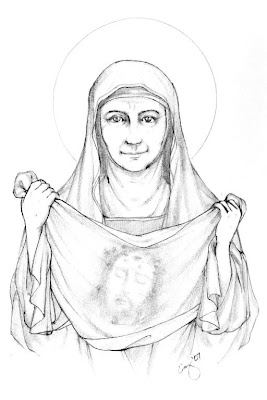 St. Veronica, the very first devotee of the Holy Face

Devotion to the Holy Face of Our Lord is not a new devotion in the Church… the familiar representation of the bearded face of Christ has its origins from the earliest Christian tradition as evidenced by ancient paintings discovered in the Roman catacombs, but the devotion has taken on a whole new significance in modern times through the efforts of three saintly figures: 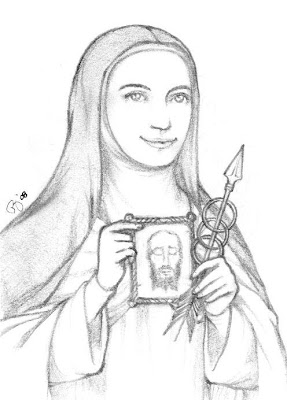 A Discalced Carmelite from Tours, France, Our Lord entrusted a mission of atonement to this humble nun using the image of His Holy Face as a symbolic representation of how He is greatly offended by sin. A special prayer of reparation was revealed to Sr. Marie, which the Lord requested that she propagate. The prayer came to be called the Golden Arrow (see below) after Jesus referred to it as such in a communication to Sr. Marie: "This Golden Arrow will wound My Heart delightfully, and heal the wounds inflicted by blasphemy."

The Golden Arrow Prayer
May the most holy, most sacred, most adorable, most incomprehensible and ineffable
Name of God be forever praised, blessed, loved, adored and glorified in Heaven,
on earth, and under the earth, by all the creatures of God, and by the Sacred Heart of
Our Lord Jesus Christ, in the Most Holy Sacrament of the Altar.  Amen. 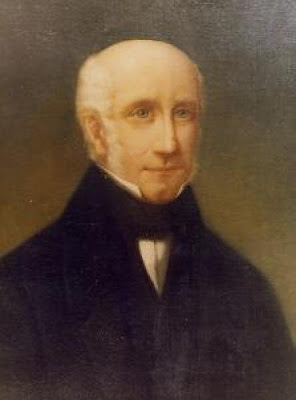 A devout layman, Leo Dupont, was a lawyer by profession who lived in Tours, France. After learning of the revelations received by Sr. Marie of St. Peter, he set up an oratory in his home where he kept a votive lamp constantly burning before a picture of the Holy Face. He used his personal resources to actively promote devotion to the image as well as towards other works of charity. The countless healings that were effected through the oil from Leo's lamp, and his zeal in spreading the Holy Face devotion, earned him the titles of the Holy Man of Tours and Apostle of the Holy Face. 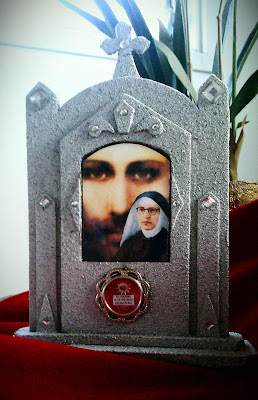 This Beata received many private revelations from Our Lord and the Blessed Virgin, requesting that she promote devotion to the Holy Face as a way of making reparation for the sins of mankind. Through Madre Maria Pierina, the Lord commissioned a medal - the Holy Face Medal - to be struck to which He attached special promises of grace and protection. This holy nun endured many episodes of physical attacks from the devil who strove to obstruct her divine mission, but despite his efforts, the Holy Face Medal spread rapidly because of the innumerable favors that were attributed to its devout use.  Madre Maria Pierina was beatified by the Church on May 30, 2010, which further confirmed her holiness and the credibility of her private revelations.
For those interested, watch the 45-minute video below for an excellent presentation on the life of Bl. Maria Pierina - it's well worth it!
A video on the life of Bl. Maria Pierina

Below are promises manifested by Our Lady through Madre Maria Pierina in favor of those who will practice the Holy Face devotion, especially through the wearing of the Holy Face Medal:

Other holy persons who were known to have had a profound devotion to the Holy Face are St. Gertrude the Great, Ven. Padre Hildebrand  Gregori, Maria Concetta Pantusa, Bl. Maria Pia Mastena, St. Therese the Little Flower, and the recently canonized, St. Gaetano Catanoso.  For additional information concerning this devotion, or to request a free Holy Face Medal, please see the website for the Holy Face Association:  www.holyface.com

A luminous manifestation of the Holy Face? 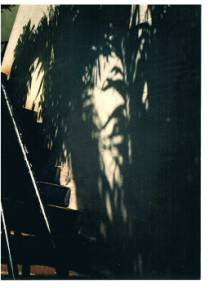 This unusual light formation appeared on a wall of my former home on July 29, 1995,
while the rosary was being prayed in Our Lady's garden.  Remarkably, it resembled a rustic
representation of the bearded face of Christ, crowned with sharp thorns.