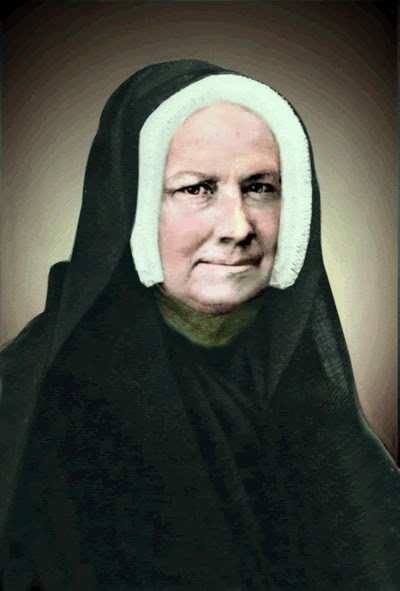 This particular Saint holds a sentimental place in my heart. In September 2005, I had the joy of venerating her incorrupt body during a trip to Italy. It was a deeply moving experience for me, as I recognized at the time that I was in the presence of an ongoing miracle; a holy relic that had been touched by the hand of God in a special way.  I will remember the occasion for the rest of my life.

Paola Frassinetti was born on March 3, 1809, to a devout family from Genoa, Italy. Her parents were certainly excellent Christians, as not only did Paola choose to enter into consecrated life, but her four brothers were also ordained Catholic priests!  One of them - Venerable Fr. Giuseppe Paolo Frassinetti (d. 1868, right photo) - was also a founder of a religious congregation and is even a candidate for Sainthood.  What a worthy family!

From the tender age of 9, Paola was no stranger to heartache – she lost her pious mother whom she loved very much.  An aunt moved in to help in the Frassinetti home, but she also died three years later, leaving the 12-year-old Paola with the heavy responsibility of running her household.  The child dropped out of school to manage the family affairs but she made the time for daily Mass and devotional prayer, which sustained her through the seemingly endless chores that made up her day-to-day existence.  The Blessed Virgin, to whom she turned to as a substitute mother, was also a source of life-long comfort and support during times of personal hardship.

When Paola was 20, she went to live with her brother, Fr. Giuseppe Paolo (the Venerable), who resided in the nearby town of Quinto. A respiratory illness necessitated a climate change for her, and her brother was more than willing to have her stay with him. After her complete recovery, Paola helped him with various charitable projects within his parish and it was then that she was exposed to the plight of poor girls who were growing up without any type of formal education and solid spiritual guidance.  In response, she and a small group of like-minded women formed a pious association that aimed to teach, which eventually evolved into the Congregation of the Sisters of St. Dorothy founded in 1835. 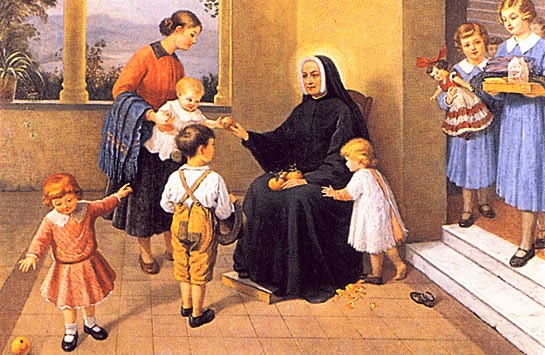 St. Paola, a religious founder, depicted among the children
and young women her congregation ministered to.

Paola’s zeal was untiring, and her faith in God’s Divine Providence, even greater. Her work spread across the Italian border to other countries such as Portugal, Spain, the United States, Mexico and Brazil… and her congregation’s charism of Christian Education also expanded to include the care of the sick.  Towards the end of her long life of fruitful ministry, the foundress suffered a series of strokes, which incapacitated her before she succumbed to the effects of pneumonia on June 11, 1882; her reputation for sanctity was popularly acclaimed, even in her lifetime... and it appeared to be further confirmed when, in 1906, her body was discovered in a state of perfect preservation, despite the lack of embalming.

This holy woman was recognized as a Saint on March 11, 1984. Her sacred remains are enshrined and venerated in the chapel of the mother-house of the Sisters of St. Dorothy in Rome, Italy.  It was in this chapel, before the Saint's silver and glass casket, that I knelt in 2005, praising the Lord for His endless wonders and for the noble work He accomplished through his servant, St. Paola Frassinetti.  St. Paola, pray for us. 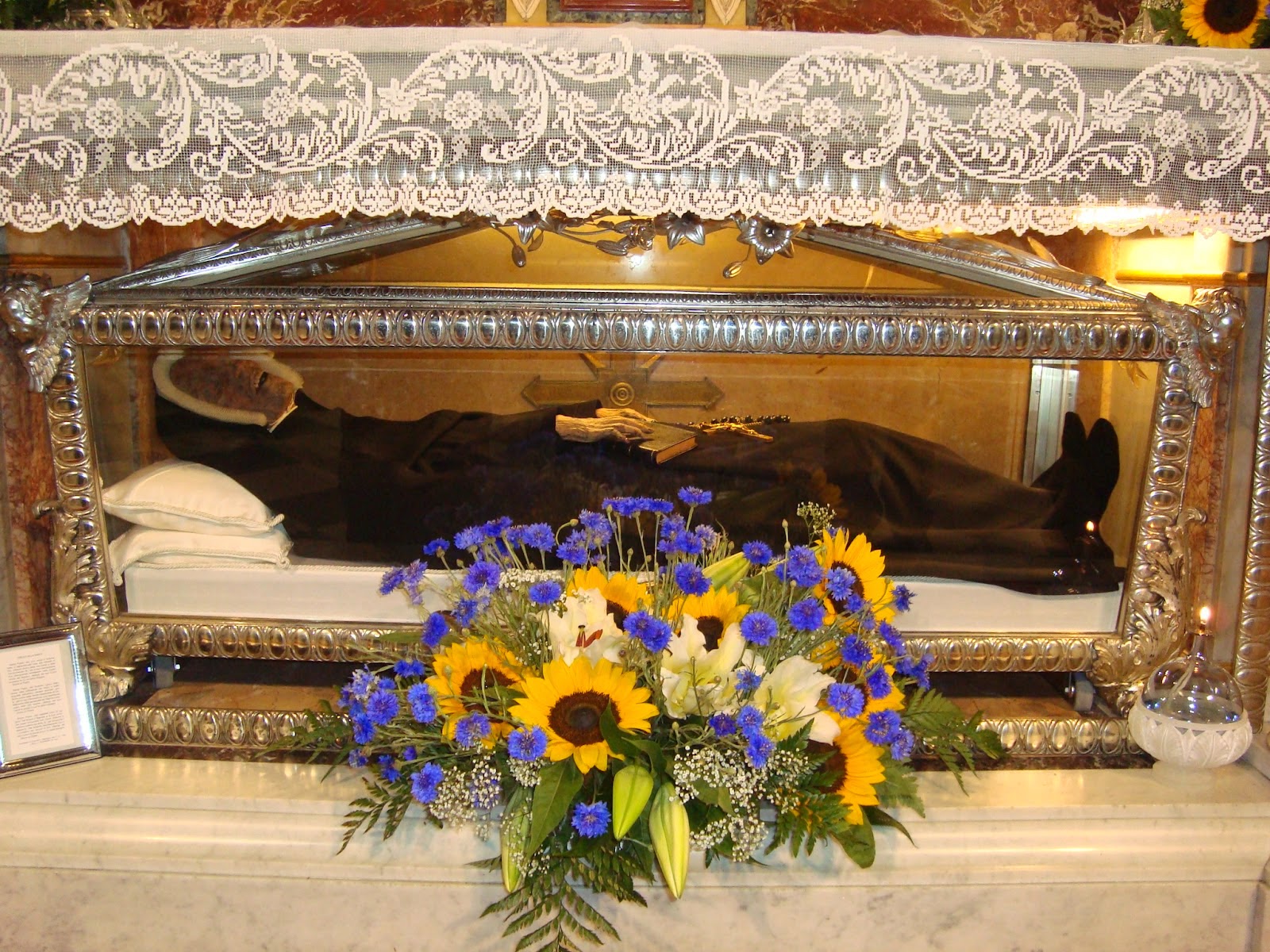 The miraculously preserved body of St. Paola, as displayed
and venerated in the chapel of her congregation.

A Reflection
"Be burning flames that ignite with God's love all those with whom you come into contact."  ~ Words of St. Paola Frassinetti

A Short Prayer
Lord, ignite in us the Fire of Divine Love… so that we, like St. Paola, may generously become every-day missionaries of the Gospel Message to the people we encounter on life's difficult path.  Amen.