Saint of the Month - November 2013: Saint Elizabeth of the Trinity 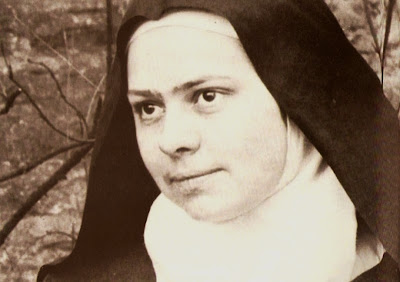 St. Elizabeth of the Trinity
The Praise of Glory ~ Feast: November 8th

Definitely one of my favorite Beatas... Elizabeth Catez came into the world on July 8, 1880. She was born in Bourges, France, to Captain Joseph Catez and his young bride, Marie.  Being a spoiled child, in her early years Elizabeth was both stubborn and given to temper tantrums when she didn't get her way.  Her father's untimely death when she was only 7-years-old marked the start of a positive change in her personality.  She became reflective and calm, and grew into a popular teen who played very well on the piano.  At the same time, she became aware of a growing attraction to spirituality and prayer, which blossomed into her entrance as a nun in the Discalced Carmelite Monastery of Dijon, France; Elizabeth was 21-years-old when she gave herself completely to our Lord. 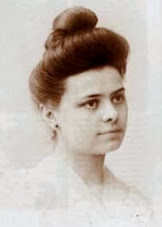 "Elizabeth of the Trinity", as she requested to be called, spent only five years in her beloved monastery - she died at aged 26 on November 9, 1906, after a painful fight with Addison's Disease.  Although her life as a nun was relatively short and uneventful from a secular point of view, her rapid ascent to the heights of holiness deeply impressed her fellow  Carmelites. In particular, Elizabeth was thoroughly convinced that the Holy Trinity - God the Father, God the Son, and God the Holy Spirit - truly lived in the souls of individuals who were in a state of grace.

Towards the end of her life, Elizabeth began referring to herself  by the beautiful Latin phrase, "Laudem Gloriae", which in English means "Praise of Glory".  It summarized her  spirituality, perfectly, as  her entire being overflowed with love and praise for the triune God, who dwelt within her.  Elizabeth's firm conviction of this animated her (and those around her) with a tangible sense of Peace, Joy, and Sanctity; Heaven had already began in her soul!  Of this, she testified in her writings, among which we find:

"I leave you my faith in the presence of God, of the God who is all Love dwelling in our souls.
I confide to you: it is this intimacy with Him 'within', which  has been the beautiful sun illuminating
my life, making it already an anticipated Heaven."

After her death, the Carmelites of Dijon released Elizabeth's personal journals and her other writings, revealing to the world the depth of her spiritual relationship with the Holy Trinity.  After careful study of her virtues and written work, and the subsequent approval of a miraculous cure attributed to her intercession, the Church recognized Sr. Elizabeth of the Trinity as "Blessed" on November 25, 1984; she was Canonized on October 16, 2016.

St. Elizabeth of the Trinity, pray for us.

A Reflection
God is truly alive and present in the souls of those who strive for holiness.

A Short Prayer
Dear Bl. Elizabeth, help us to do our best to love and serve the Lord with grace-filled hearts... so that we, too, may experience the joy of having Him dwell within our souls.  Amen.

"I think, that in Heaven my mission will be to draw souls by helping them go out of themselves to cling to God by a wholly simple and loving movement, and to keep them in this great silence within that will allow God to communicate Himself to them and transform them into Himself".