Monthly Messages from the Queen of Peace of Medjugorje: January 2018 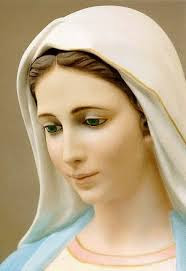 Our Lady's Monthly Message to the World on January 25th:
“Dear children!  May this time be for you a time of prayer, so that the Holy Spirit, through prayer, may descend upon you and give you conversion.  Open your hearts and read the Sacred Scripture, that through the testimonies you also may be closer to God.  Above everything, little children, seek God and the things of God and leave earthly ones to the earth, because Satan is attracting you to the dust and sin.  You are called to holiness and created for Heaven; therefore, seek Heaven and the things of Heaven.  Thank you for having responded to my call.”

Our Lady's Special Message to Mirjana Dragicevic-Soldo on January 2nd:
"Dear children, when love is beginning to disappear on earth, when the way of salvation is not being found, I, the mother, am coming to help you to come to know true faith – living and profound – so as to help you to truly love.  As a mother, I am longing for your mutual love, goodness, and purity.  My desire is that you be just and that you love each other. My children, be joyful in your soul, be pure, be children.  My Son used to say that he loves to be among pure hearts, because pure hearts are always young and joyful.  My Son said to you to forgive and to love each other.  I know that this is not always easy.  Suffering makes you grow in spirit.  For you to spiritually grow all the more, you must sincerely and truly forgive and love.  Many of my children on earth do not know my Son, they do not love Him; but you who do love my Son, you who carry Him in your heart, pray, pray and in praying feel my Son beside you.  May your soul breathe in His spirit.  I am among you and am speaking about little and great things.  I will not grow tired speaking to you about my Son – the true love.  Therefore, my children, open your hearts to me.  Permit me to lead you as a mother.  Be apostles of the love of my Son and of me.  As a mother I implore you not to forget those whom my Son has called to lead you.  Carry them in your heart and pray for them.  Thank you."

Saint of the Month - January 2018: Blessed Ana of the Angels of Arequipa 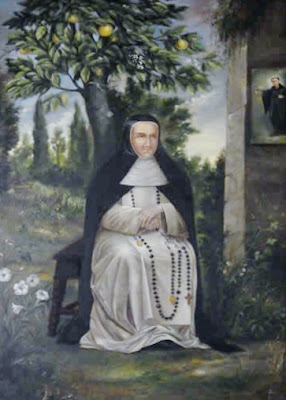 This future saint was born in 1602 in Arequipa, Peru.  Her father, Sebastian Monteagudo, was a wealthy Spaniard who fathered eight children with his wife, the Lady Francisca Ponce de Leon.  Ana was their fourth and from the age of three she was sent to board at the local Dominican Monastery of Sta. Catalina de Siena.  While in the company of these religious, she was educated as well as participated in the daily prayer life of the sisters.  These early years in the monastery later proved instrumental in her faith formation and left an impression in her soul that later shaped her destiny.

At 14-years-old, Ana's parents recalled her home in order to begin the custom of introducing her to society.  The fact is, her parents had begun looking for suitable marriage prospects for Ana, but unbeknownst to them, she had no interest in any earthly suitor since she was already being drawn down a different path - consecrated life.  Despite being surrounded with comforts and distractions of all sorts, she continued to practice a strict routine of prayer and devotion at home similar to what she did in the monastery.  Her increasing desire to become a nun was solidified when she experienced an apparition of St. Catherine of Siena (d. 1380) who showed the child the black and white Dominican habit.  The St. Catherine reportedly said to her, "Ana, my daughter, I have prepared this habit for you.  Leave it all to God.  I assure you of success."

Encouraged by the heavenly visitation, Ana began planning her return to the Dominican Monastery.  Her parents grew suspicious of her and they supervised her closely, but at the very first chance that she was left alone, she fled to the monastery.  The sisters welcomed her back, but cautiously, because they were all fully aware that the girl's parents would not give her up without a fight.  Sure enough they soon appeared at the monastery, where they attempted to bribe Ana with empty promises and extravagant gifts of jewelry. When the tactic failed they resorted to angry threats against the runaway and even towards the nuns.  Still, they could not sway her to return home with them so Ana's father resigned himself to the inevitable, while her mother in a fit of rage outright disowned her.

Although she was back to where she wanted to be, it wasn't exactly all good for the aspirant.  The prioress, still reeling from Ana's parent's threats, was weary of accepting her so she resolved to mistreat the novice in order to induce her to return home... but, despite the harsh treatment she received, and humiliating tasks she was given to do, Sr. Ana remained steadfast; she never failed in obedience and humility.  Rather, she seemed to welcome the trials, while also practicing voluntary penances such as strict fasting and the discipline.  The prioress eventually came to recognize her evident piety and changed her opinion of the novice - in 1618, two years after her entrance into the monastery, Ana was allowed to profess as a full-fledged member of the Dominicans.  She took the name Sr. Ana of the Angels.

It's not surprising that Sr. Ana's exemplary conduct made her a prime candidate for leadership roles in the Sta. Catalina Monastery.  In 1632, she was appointed Novice Mistress and placed in charge over the formation of the new applicants wanting to join the community.  She fulfilled this office the best she could despite the growing spirit of laxity that was infecting the monastery due to the inept leadership of the prioress.  In fact, during a visit to the nuns made by the local bishop in 1647, he too discerned the need for an urgent reform within the community.  A consultation with the sisters brought to his attention the exceptional spirit of their Novice Mistress, which settled for him the matter of a replacement prioress.

Believing herself unworthy, Sr. Ana of the Angels was reluctant to accept the office of leader and she placed the keys to the monastery before an image of the Lord in the chapel.  A mysterious voice then spoke, bidding her to accept the task of governance to which she conceded.  As the new prioress, she set about immediately correcting the abuses to the rule that were prevalent among the sisters; effectively progressing the reform by her uncompromising guidance and, more so, by simply being a role model of the Holy Rule to the others.  Always gentle and patient with her subordinates, she was demanding of herself when it came to the practice of every virtue.  She ruled uninterrupted, as prioress, until her death at aged 86.

Sr. Ana's changes in the monastery did not go unnoticed with the devil, who resorted to physical harassment in order to obstruct her positive influence within the community and the rest of the city.  On one occasion she was violently shoved by an unseen force into a deep pit that was dug during renovations being made at the monastery. At another time, while in the company of two nuns, a shower of hot, glowing embers fell upon them to the fright of her companions. Sr. Ana calmly assured them that there was nothing to fear and so it was - the trio was preserved unharmed from the diabolic attack.

And finally, this bio of the Blessed would be incomplete if I failed to mention her great devotion to the Poor Souls in Purgatory.  Sometime during the nun's life she had read the life of St. Nicholas of Tolentino (d. 1305), a tremendous benefactor of the Holy Souls, and it inspired in her a desire to also help the suffering souls.  Sr. Ana was then granted a vision of the Blessed Virgin accompanied by St. Nicholas, who showed her Purgatory so she could see for herself the plight of its inhabitants... and needless to say, she committed herself to praying for them.  The holy prioress received other extraordinary favors from God - Bilocation, the gift of working Miracles, and Prophecy - in addition to repeated visits from the Poor Souls who came to her for help... as well as, after their release into Heaven, to express their deep gratitude to their benefactor.

Towards the end of her long, fruitful life Sr. Ana was left blind and bedridden by illness, but maintained a deep peace.  It was reported that shortly before her passing, she saw a consoling vision of a multitude of blessed souls joyously awaiting her arrival in Paradise; former occupants of Purgatory whom she had aided in her lifetime!  The prioress died on January 10, 1686 and her funeral was a triumph in Arequipa. Interestingly, there was such a clamour among the Peruvian faithful to secure relics from her remains that the resulting commotion prompted the bishop to impose the penalty of excommunication on anyone who attempted to touch her body or clothing.

Pope John Paul II beatified Bl. Ana of the Angels during a visit to Peru in February 1985.  The posthumous miracle that secured this honor was the healing of a woman from incurable uterine cancer; a second approved miracle is still pending to help raise her to Sainthood - may God soon grant the Church this grace.

Bl. Ana of the Angels, pray for us!

A Reflection
"It is therefore a holy and wholesome thought to pray for the dead, that they may be loosed from sins."  ~ 2 Machabees, 12:46

A Short Prayer
Bl. Ana of the Angels, inspire in us the same fervent devotion to the Poor Souls as you had.  May our own prayers and sacrifices be of great aid to them... and may we receive the grace of one day joining all of you in Heaven to rejoice forever in the sublime presence of God.  Amen.